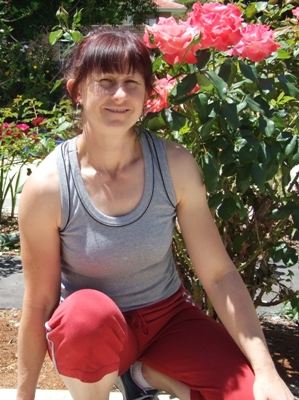 Hi my name is Elizabeth Brown and I breed Devon Rex Cats.

Now I will tell you a little bit about how I got started.

Back in 1997 I got my very first Devon Rex kitten from a breeder by the name of Sue Shrigley and her prefix was Crinkles. He was a Brown Tabby and as bald as a badger but typical type of a Devon Rex.

He was only a pet but I had other ideas, the Perth Royal Show in Western Australia was coming up so i decided to enter him but unfortunately I had no papers so the pet section it had to be. The day came – 30th September to be exact – crowds of people came in, even the news reporters, and guess what? He blitzed everything and he even made the channel nine news. They said he had the ear for people because of his big ears.

Sue was quite proud that people took notice of the breed so afterwards I was given the papers for him but he was only to be showed in the desexed section. Chadwick, as he was called, was shown in group 3 in the desexed section and always came back with a place and a prize, but since retiring from the shows he was recognised as a Emerald Grand Premier.

I later found out that he should have been a stud male as he got better with age, oh well.

Eventually Sue decided to let me take over her beautiful black Tortie Tabby girl named Madonna as she had no time what with work and her show dogs (Weimaranas). She was intire and also did very well at shows with the American and South African judges wanting to take her home.

Eventually I became partners with Sue and moved the clan to my place which included Madonna, a Black Tortie Tabby girl called Capi, and a Blue Tortie Tabby Sirex called Misty. The stud boys stayed at Sue’s house as I had no stud pens for them at the time and preferred my girls to be in the house with the family.

I have one son of my own but these are my other kids as unfortunately I have Huntingtons disease in my family.

Anyway time went by, kittens came and went, nice ones at that. Eventually Sue decided that it would be best if I was the sole owner and that she was moving to Tasmania and didn’t want to take any of the cats with her, so i took over and still kept the Crinkles prefix as it suited the clan.

I then used a new bloodline male lilac point, sterilized the older girls which I thought needed a nice retirement and now have chocolate point girl Amarnie, a black Tortie smoke girl Molly, a blue Tortie point girl Brie, a Red Mink boy Dartanion who has since been sterilized and I have now aquired a black silver Tabbie and white Bi-colour named Brinkley.